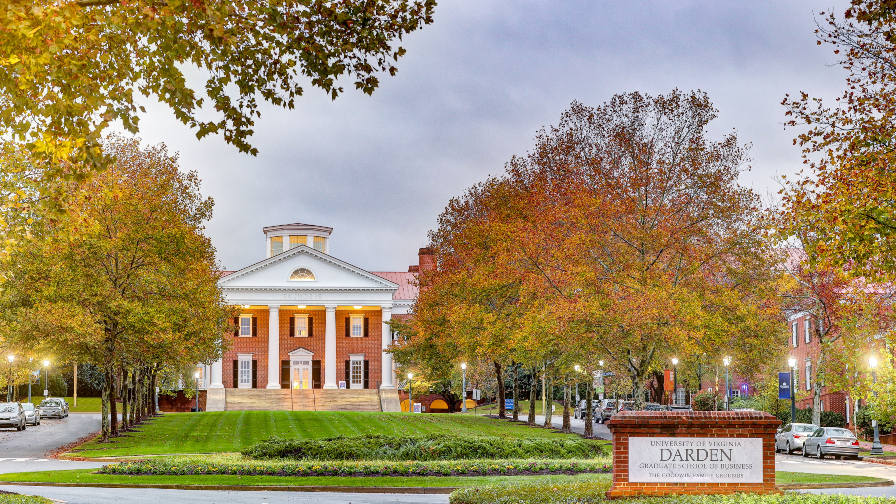 The full-time MBA program at the University of Virginia Darden School of Business is ranked No. 5 in the United States in the new 2019 Best Business Schools ranking from Bloomberg Businessweek.

The ranking also places Darden No. 1 in the U.S. among public universities.

“We’re pleased to be recognized as one of the Top 5 MBA programs in this new ranking,” said Darden Dean Scott Beardsley. “Students and alumni are clearly having overwhelmingly positive experiences, achieving an unparalleled depth of learning and securing the careers they want. We have incredible momentum.”

Bloomberg Businessweek’s ranking is based on a combination of alumni, student and employer surveys and career outcomes data provided by the School.

The rankings also include information about each school’s climate. At Darden, the climate for women; racial, religious and ethnic minorities; people of all sexual orientations and gender identities; international students; people with disabilities; and people of all socioeconomic backgrounds were rated “mostly positive” or “extremely positive” by the overwhelming majority of respondents.

The data also includes anonymous survey comments from alumni and students regarding “what’s best about this MBA program.”

Said one respondent: “The quality of the professors, the engaging education content through the case method and the collaborative environment. Truly unparalleled!”

In 2018, Bloomberg Businessweek released data points from its rankings surveys throughout the year, and Darden scored at or near the top in categories related to teaching, student satisfaction and the alumni network.

The latest ranking comes less than a week after The Economist named the School the No. 1 education experience in the U.S. for the ninth consecutive year.