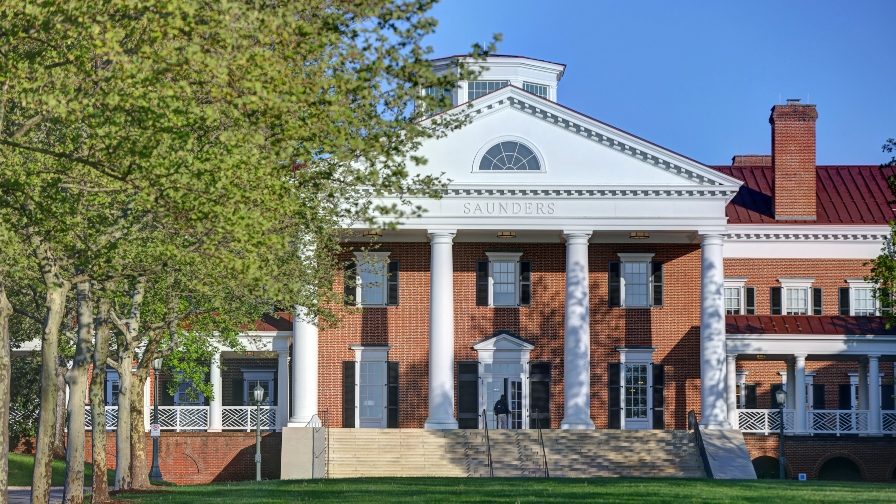 Woodfolk worked for 22 years at the UVA Darden School Foundation, which includes advancement, engagement, executive education and hospitality operations. He began at the Foundation as director of alumni affairs in 2000, became the first vice president for alumni affairs and then senior executive director of engagement. In 2017, he was named president of the Darden School Foundation. He is a 2005 graduate of Darden’s The Executive Program.

“Michael has contributed to building one of the most engaged global alumni bases in graduate business education, as well as record fundraising for the School’s Powered by Purpose campaign,” said Darden School Foundation Board Chair Martina Hund-Mejean (MBA ’88).

“We appreciate his two decades of service to Darden and wish him well in his future endeavors,” said Darden School Dean Scott Beardsley.

“It has been an honor to serve Darden and its Foundation,” said Woodfolk. “The Foundation and School have strong momentum, and as I focus my energies on a new chapter, I would like to thank the people who have helped me throughout my tenure and made my 22-year journey so meaningful.”

Hund-Mejean also announced that Carolyn Miles, a 1988 graduate of Darden’s MBA program, will serve as interim president of the Darden School Foundation. Miles’ current role at Darden, which she assumed in 2021 and will maintain while serving in the interim leadership role, is John Alden Purinton, Jr. Professor of Practice and senior adviser to the dean. Previously, she served as CEO of Save the Children for eight years, where she led a staff of more than 1,700, completed a successful capital campaign to honor the organization’s 100-year anniversary, and drove work and resources to positively affect more than 130 million children in 120 countries.

Miles joined Save the Children in 1998 and held various roles of increasing responsibility during her 21 years with the global humanitarian organization. Prior to Save the Children, she worked in the private sector in Hong Kong for American Express and as an entrepreneur.

In 2015, Fortune magazine named Miles one of the 50 World’s Greatest Leaders. In 2017, she received the Distinguished Alumna Award from the University of Virginia’s Maxine Platzer Lynn Women’s Center.

Among Miles’ goals as interim president are to conclude the first milestone of Darden’s Powered by Purpose campaign, to support the opening of The Forum Hotel and to conduct with Hund-Mejean a search for the next president of the Darden School Foundation.

“We are grateful to Carolyn for her leadership,” said Hund-Mejean.

“It’s my honor to serve the Foundation as the interim president,” said Miles. “I especially look forward to working with and supporting the Foundation’s incredibly talented team of professionals.”